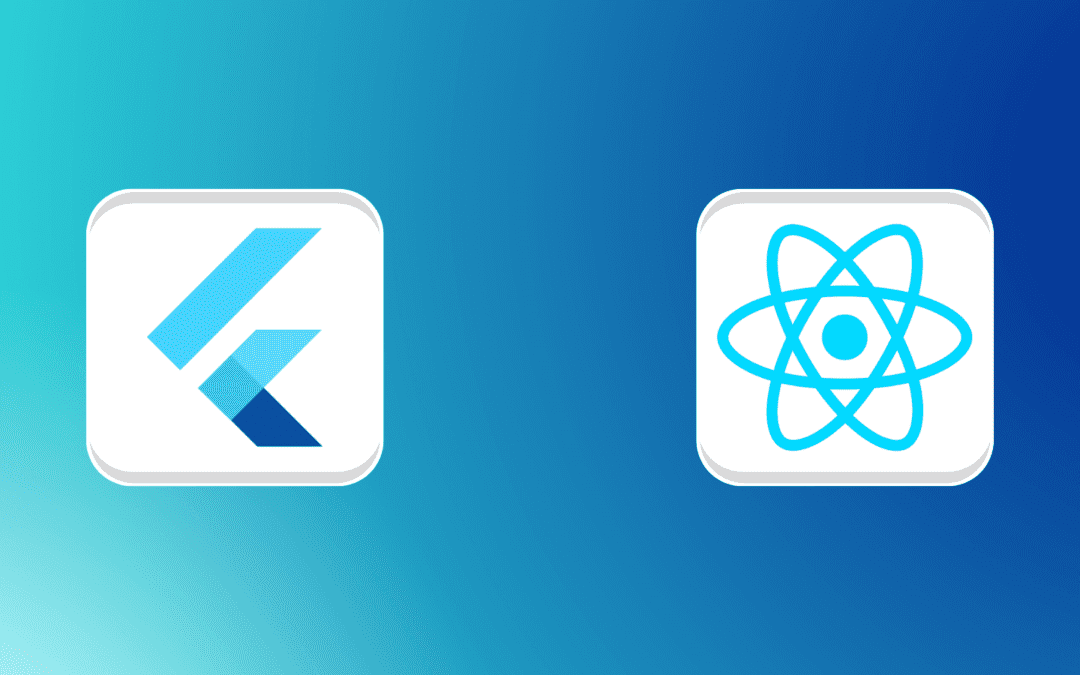 Flutter and React are two popular mobile app frameworks. Both of them enhance the productivity by making way for lesser Time to Market in delivering the interactive business apps. Different business needs will ask for selecting a different framework. In this blog, we will have a detailed look at what Flutter and React are, their use cases and advantages and disadvantages.

Flutter is a framework that runs on open source platform and functions with a language created by Google, called Dart. Most developers refer to it as an advanced UI toolkit and use it to create cross-platform apps using a single codebase. With Flutter, developers can build flexible UI with native performance.

Some use cases of Flutter

Some of the popular apps that use Flutter include

React Native is also an open source framework. It runs on JavaScript. It mainly does native rendering of apps that are compatible with Android and iOS. This framework is written with a combination of JavaScript and XML-Esque markup. Together, this combination is known as JSX. React Native is backed by Facebook.

Some use cases of React Native

React Native finds use in apps with simplified UI, reusable components and apps that operate with synchronous APIs. Apart from this, React Native is used in simple cross-platform apps and quick prototype applications.

Some of the popular apps that use React Native include

Instagram – Used the framework to implement push notification as WebView without any navigation infrastructure.

Wix – By the use of React Native, Wix implemented high speed and agile development of configurable navigations.

Walmart – React Native brought about improvements in user experience by creating in-app animations that are similar to native functionality.

Now, we will have a look at the advantages and disadvantages of each of these frameworks below.

There are numerous advantages of Flutter, that make it the ideal framework for many leading apps as we discussed above.

Seamless integration: You wont have to rewrite the code as Flutter easily integrates with Swift or Objective C for iOS and Java for Android.

Codesharing: With Flutter, one can write and share codes across different platforms easily and quickly. This comes in handy, particularly, in MVP development.

Hot-reloading: This feature in Flutter helps to reflect changes quickly without any loss in the app state.

Quick shipping: Flutter gives faster iteration cycles and reduces build time. This is because you would need testing to check only one codebase.

Rich Widgets: Flutters helps build richer widgets as per the guidelines of Material Design and Cupertino in Android and iOS respectively.

Issues in user interface: While using vector graphics, you may face issues in working of plugins on time. The same issue may crop up while using animation.

Updates take time: You cant instantly push updates into apps. You will need to go through the standard release process each time.

Operating platform not always compatible: You will likely face compatibility issues when developing apps for Android Auto, WatchOS or tvOS.

Performance: Doesn’t affect performance while translating the markup of an app having orginal user interface elements.

Native rendering: There is no need for HTML or CSS markup to render APIs.

Outdated tools and plugins: While there are many third party libraries that help in better implementation, most of them could be outdated.

Inconvenient debugging: You might find it cumbersome to edit and inspect codes with the Chrome debugger.

Slow performance at times: React Native may not perform upto your expectations when it comes to multi=processing and parallel threading.

UI not upto the mark: By native rendering of the APIs, the framework might not support some UI elements.

So, basically both the frameworks have their merits and demerits. Which framework to choose? The answer depends on what your app requirement is. We will carry out a detailed comparison of the two in our next blog! Keep watching this space!

In the meantime, if you are looking for offshore product development services, EOV is your right partner! With our expertise in app development in different frameworks, we can help you build exactly what you need for success! Get in touch today!